Economic Insight Based On The PB&J Theorem

As we look toward a post-COVID future, there has been a lot of talk about implications of this disease on the economy. People see numbers about the looming decline in GDP (now estimated to decline by as much as 40 percent for Q2, the worst in U.S. history) and unemployment 20 percent or higher (the worst since the Great Depression) and wonder (1) how bad will it be and (2) how long it will last. The answer to that two-part question could be:

Our economy is more sophisticated now than it was in 1930, but that also means small changes can have dramatic implications. Big changes can be catastrophic. When I hear people say we need to wait on trying to get back to normal, because there is always time to turn the economic light switch on, I hear a fundamental misunderstanding of how a sophisticated economy works. To illustrate how delicate this situation can be, I will turn to an example I formulated in 2009 when the economy was recovering from a 2.8 percent drop in GDP—not 40 percent. The example involved half of a peanut butter and jelly sandwich.

That year, the economic disruption was such that everyone was worried. Everyone knew someone who was out of a job or was in a job that paid less than their last one. And for those with investments in the stock market, even via 401(k), we all were feeling a little poorer. People began changing habits to save money. It was talked about a fair amount, and people shared their stories.

One evening, I noticed that one of my kids did not finish her PB&J sandwich from earlier that day. As she was moving toward the trash can with it, I told her to put it in a plastic sandwich bag and save it for later. A few months earlier I might not have said anything, but I was sensitized to the opportunity to waste less during the tough economic times.

Then I started thinking about what just happened. I was certain that a great many people might be doing similar things to save a little money during the recession. I started doing a little math:

Thus, a half of a sandwich saved (and ultimately consumed) was worth 200/1600 or 12.5 percent of her daily intake. That’s a little less than two percent of her weekly intake of food.

So what if this is a macro trend? What if some people saved half a portion of a meal once/week? What if some folks are doing the same thing 3-5 times/week? Could half of a peanut butter and jelly sandwich force an industry into an extended recession?

That same year, I was working at Nestlé. While we all watched and understood the problems in the banking and housing industry, we were perplexed as to why the impact on food seemed so significant.

Sure, we expected that high-end restaurants would lose some patrons to fast-casual restaurants. We predicted that folks would trade in their Häagen-Dazs pints for lower-priced ice cream (which actually went the other way, but that’s another story). But we were quite confident that TOTAL food would stay constant … because people still need to eat, right?

That’s not exactly how things played out. Yes, there were winners, but there were far more losers. Total food tonnage and total (purchased) calories per person went DOWN in 2009. There were no reports of starvation, yet the volume of food dropped across all demographics.

Conspiracy of Americans against food? Hunger strike to force the hand of the industry to drop prices? Hardly.

This was the first major recession in a generation, and there was evidence of changing habits to match concerns. Is it possible that there was some massive effort to eat less food to save money?

To set up the theorem, there are a couple of important foundational understandings to this analysis:

If, on average, a person simply put the last half a sandwich in the fridge instead of the trash ONCE PER WEEK, that’s two percent less volume of food purchased in the U.S. Another way to think about it … what if personal food waste went from 40 percent to 38 percent? Is that shift so extraordinary?

The food industry’s volume growth annually is around one percent. The phenomena described above would turn one percent growth into one percent decline. The standard deviation between winners and losers means some food groups might remain flat on volume while others might be down two or three percent or more.

And remember what I said about making all the profit on the last portion of sales? Basic foods like bread, peanut butter and jelly likely make all their money on the last 10 percent of their sales. So, if sales suddenly drop two percent, profits could suddenly drop 20 percent. And that means no money for innovation or capital improvements … and it likely leads to layoffs.

That was more than a decade ago. Industries got hurt not only by the financial system’s crash but also by the collateral “PB&J effect” I just described. Our country felt the “shock” right at the end of 2007, had two really bad years, and did not fully recover jobs until seven years later.

The above will give you a sense for why I find this economic situation so terrifying.

According to J.P. Morgan, GDP in Q2 will drop by as much as 40 percent, and the International Monetary Fund (IMF) estimates a full-year drop in the U.S. economy of nearly 10 percent. J.P. Morgan and Trade Economics forecast that unemployment could remain above 15 percent until the end of 2021.

In no ONE MONTH since World War II has the U.S. unemployment rate been more than 11 percent. The worst year in the last 75 saw unemployment of around 10 percent, and we are staring at perhaps two years of 15-20 percent.

There will be suffering in the U.S. the likes of which no one alive has ever seen. An entire generation will be underemployed for the formative years of their work lives. Yet, there are members of our society who believe we should shutter the economy for three months longer. This would lead to an economic collapse that could last 3-10 years.

Nevertheless, despite these worrisome truths, the American people have proven our resilience time and again. We will weather this storm and emerge stronger together, but how soon we emerge is dependent upon how quickly we get going. At this point, pain is inevitable. But the duration of our suffering is still within our control if we act now. The most prudent action is to restart our economy today … everywhere possible … or else the recovery will be decidedly – and torturously – slow. 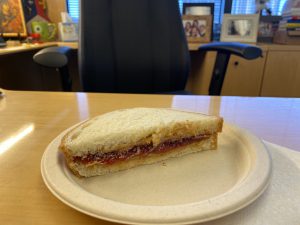